I was raised on radio and never left it. It's been a great career. My last daily show was afternoon drive at KBIG/Los Angeles. I co-hosted the nationally syndicated show, "The Great Starship" for MCA/Universal then moved to "Something Special" writing, producing and hosting for Media America. 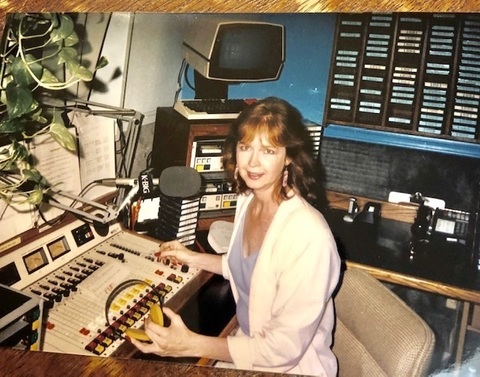 It's fun to see the studio equipment, which was probably state of the art then. To listen, click on the photo.

My commentaries,"The Way We Live" and "First Impressions" aired in San Francisco and Los Angeles. For two decades I was a voice for KCET-TV, PBS for Southern California and a voiceover on hundreds of commercials.

One of my earliest jobs (age 16) taught attention to detail. I was the proud elevator operator in a department store, paid $1 an hour to smile sweetly and whoosh the giant floating chamber to a stop exactly even with the floor so  the words "Watch your step" were only a courtesy and not a warning.

Among my volunteer efforts, a favorite was "Share The Gifts," a weekly gathering Sunday evenings at Little Brown Church (capacity 125 people) in Studio City, California. We hosted accomplished individuals, most of them performers from various disciplines, in an intimate setting to talk about their lives and their professions, to perform if they chose and answer questions. "Share The Gifts" encouraged and inspired people of all ages in pursuit of their own dreams.

I live in Northern California where I spend lots of time with my daughter and granddaughter. Both of them are kind and funny, a serendipitous combination. When the mood is on me, I cook something Southern.

I read a lot and write a lot, blogs, essays, short stories and two books in progress - one's a novel and the other is non-fiction. 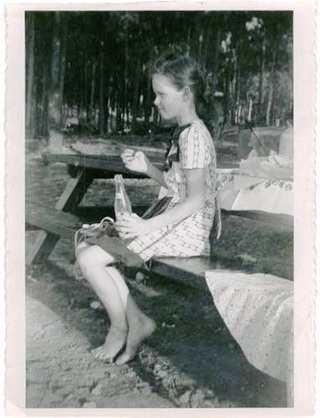 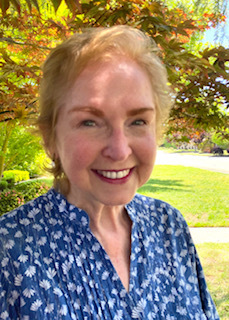 Still a tree lover, I live in Northern California where I spend as much time as possible with the redwoods.