On The Glory Road

I was Nita Faye Jones, preacher's kid, one of "The Joneses," a constantly touring, gospel singing, barely getting by family in the Deep South in the 1950s. I was always writing, filling pages with opinions about an unusual childhood.

My brother, Leslie Ray, close in age and bossy, insisted I turn our lives into a book. He started nagging about it back in elementary school when the only books we owned were "Pilgrim's Progress" and "Tom Sawyer." 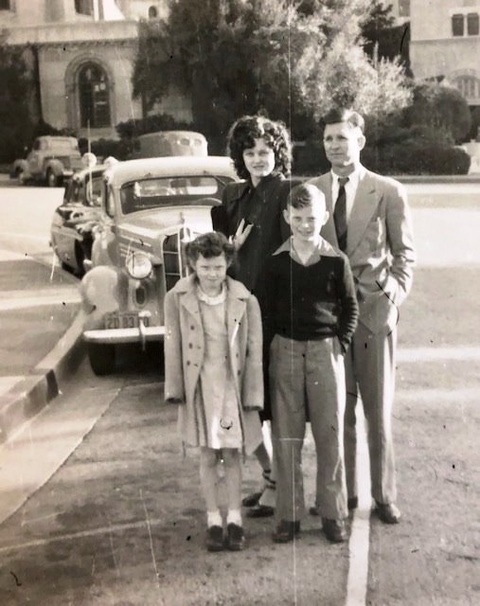 Years after leaving our touring life behind, after moving to California, after both our parents passed, I wrote in earnest, short stories and essays. By then I was a radio personality on the air in Los Angeles and Leslie Ray was an attorney and until then I'd only shown my stories to him. 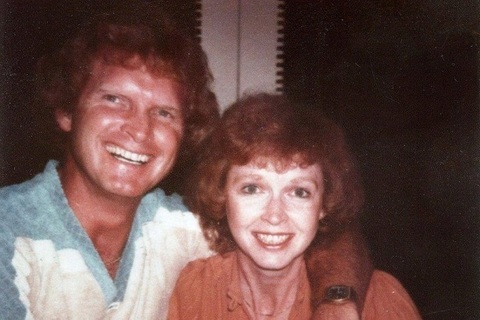 I shared a piece called "Musical Houses" with a colleague in the entertainment industry and he shared it with an agent who believed these people belonged onstage.

Some stories need to get up off the page and walk around and talk and sing and that's what happened next.  With the help of dedicated producers, directors and actors, singers and musicians, we put on a show and invited industry audiences to staged readings to watch and advise. We put Ray and Fern's love affair up there along with their conflicts, his calling to preach and her need to perform. We explored the discontent of the youngest Joneses, the two unwilling harmony singers in the back seat of an old sedan crisscrossing the South on Route 66. Our onstage gospel quartet was dazzling and our competing preachers took us right up to the edge of televangelism. Multiple performances and conversations and notes and revisions later, there's now a stage play called "The Glory Road."

The recordings Mother made in Nashville with Elvis' backing band and a gospel quartet in the late 1950s were restored and re-released by Numero Group as "Fern Jones, The Glory Road." Reviews were enthusiastic. NPR praised it. Oxford American called Fern a "Southern Master." Tom Moon included Fern in his book "1,000 Recordings To Hear Before You Die."

Decades after Ray and Fern passed, their songs are playing everywhere. They're heard in movies and on TV shows. Listeners download their country/gospel-to-rockabilly sound. There's even a new and perfectly retro vinyl version. The songs Mother wrote have been recorded by many others. Johnny Cash loved her work and her song, "I Was There When It Happened," is in the movie, "Walk The Line."

The beautiful "Ken Burns' Country Music" series for PBS reminds us of the circles within circles that make up the history of American roots music. I hope my book helps place The Joneses within those circles.

There are behind-the-scenes stories in the book about how songs got made, how tapes were sent off in the 1950s with prayers that recording artists and labels would find a place for them. There's the continuing faith-versus-ambition push and pull between our parents, and how Saturday nights merged with Sunday mornings and religion became entertainment.

There are details about the enormous role radio played in my family's life, about our stops at All Day Singings, greeting the fans who followed Ray and Fern. There are two little redheaded kids sitting in the front row in country churches while Daddy answered his call to preach then packing for another tour so Mother could answer her own call to perform. I sang my part up there on the platform and at microphones in radio stations all over the Deep South and took my seat on folding chairs under revival tents, watching the crowds get bigger while my brother got angrier about the life we lived and the two of us plotted to leave it all behind.

I'm the narrator in the book but I'm not the main character. It turns out to be more about them, Mother and Daddy, Leslie Ray and Mother's mother, Gramma K, who disapproved of every part of our lives and proudly marched out in front of a dissenters choir. There are ambitious evangelists in here and musicians and kind church people, true believers and backsliders, all stirred together with Southern culture and food, plenty of food.  I started out to write a memoir but these people make life feel like a novel. 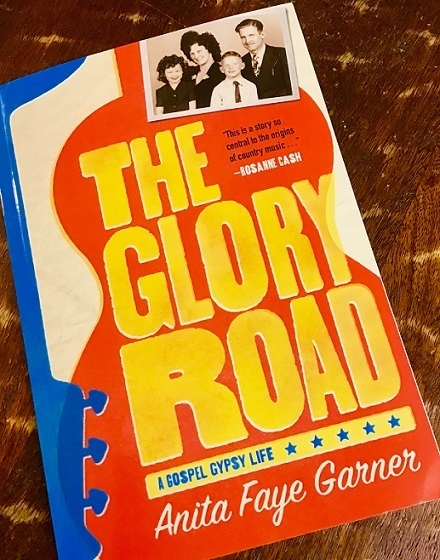 Hardcover and e-book from

Order from your favorite bookstore or Amazon.

There are more stories to tell. I'm working on another book and as soon as theatres are open there'll be a new version of the stage play with all four of The Joneses depicted, some righteous musicians, and an exciting gospel quartet that steals the show every time.

To hear music from Ray and Fern, click "Media" from the menu at the top of the page. 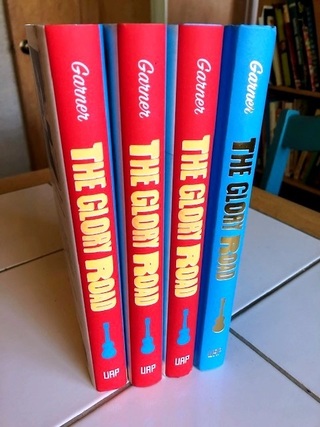 A little bit Elvis over here with that gold on the blue,

a flashy surprise under the dustjacket.

"This is a story so central to the origins of country music: the marriage of Saturday night and Sunday morning, and the literal marriage of two musicians, sometimes at odds with each other creatively and personally. The song written by Fern Jones, "I Was There When It Happened" was performed around the world by my dad and the Tennessee Three, became the title of the memoir of Marshall Grant (the bass player in the Tennessee Three), and was revived yet again when I performed it every night on a recent tour I did with Ry Cooder. Anita Garner was 'there when it happened', and her book tells us what we ought to know."

"The Glory Road" takes us to an important cultural crossroad of America––where gospel met rockabilly, and Saturday night collided with Sunday morning in the late 1950s in the Deep South. It's also a very personal family story of a deeply religious preacher, Raymond Jones, whose wife, Fern, had a big voice and even bigger musical ambitions. Anita Garner's recounting of her parents' lives––their tensions and travails on the "gypsy road" of tent revivals and recording studios––echoes one of her mother's most famous songs: "I Was There When It Happened."

Author of "Race, Rock, and Elvis"

"The Glory Road" touches several bases: southern culture, family life, the evangelical ethos, commercial music, migration, and spousal relations. It will appeal to both a general and specialized audience."

Co-Author of "Doc: The Story of a Birmingham Jazz Man"

"I'll admit I didn't know the music of Sister Fern and The Joneses until now. So, "The Glory Road" has introduced me to some exciting and important music. But, even more than that, the story itself will stick with me. I don't expect to forget these characters."

"Her voice was all Saturday night, delivered on a Sunday morning. Patsy on Jesus. Elvis without the pelvis. Fern Jones' only album, released by Dot Records in 1959, captured 36-year-old Sister Fern as she anointed church music with the same untamed energy that younger white Southerners were bringing to their rock 'n' roll. Produced by Mac Wiseman and showcasing crack Nashville session players Hank "Sugarfoot" Garland, Floyd Cramer, Joe Zinkan, and Buddy Harman fresh off their June 1958 session with Elvis, 'Singing A Happy Song' should've taken Jones from dusty canvas big tops to the Opry's storied stage. But with no 45 to flog, Jones instead sold nary a record and never did hear herself on the radio. Her fiery rockabilly gospel was a few shades too radical for the conservative, traditional, near puritanical public she played to anyway. 'Fern Jones: The Glory Road' collects her 'Singing A Happy Song' LP and cuts including 'Didn't It Rain,' from her 'The Joneses Sing' album, into one rousing package, rich with the details and imagery of a brief career spent tethered to the hard ground and gazing skyward. 'The Glory Road's' sound gnaws at the bit and stands in reverence, a runaway rockabilly tent show without a single drop of rain on the horizon."