Facebook memories pop up, reminding us of previous posts and for me that's often just the start. One of Facebook's reminders triggers another and another and I'm off down different paths for the rest of the day.

I've written before about first love, Al.  He's on the left with his best friend, Gerry on the right.  Gerry dated my roommate, Linda and introduced Al and me.  Our first date was a double date to Lake Arrowhead for the day, listening to AM radio playing Frank Sinatra and Ray Charles.

Not long after came another Facebook reminder – this one showing it was posted by Al in 2015. 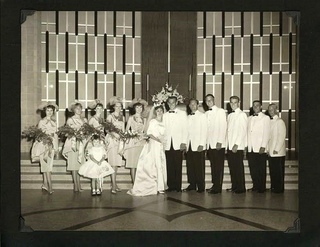 Gerry and Linda married in Glendale, California in a beautiful wedding.  I'm the bridesmaid with the sunburn, fourth from left.  Al is Gerry's best man, standing right there beside the groom.  The dresses were pale green taffeta.  Shoes dyed to match. Bouffant hair, the better to anchor those headdresses.

Oh yes, we danced!  Coming from a non-dancing pastor's family, I had no dance floor experience. Linda's dad, who treated me like one of his own, taught me a few moves in their living room before the festivities.

The best part of this story: Gerry and Linda are still going strong, traveling much of the time then returning to their nest in the redwoods in Northern California.

The next memory takes another direction.  Al left us soon after posting the wedding picture from his home in Concord, Massachusetts. When I look at these pictures, my first thought is there was a good man. UCLA engineering major who went on to follow his career passions, married a nice lady, had children and grandchildren.

For me, it was first love among other firsts.  First man I ever dated who quoted Shakespeare often, who took me to my first performance of The Messiah, who brought me home to meet his parents, whose table was set with more cutlery than I'd previously seen around one plate.

Thank you, Facebook, for the memories of lifelong buddies. the best  roommate ever, a romantic wedding and a good man gone too soon to his rest. 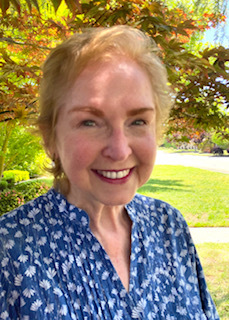