My brother, Leslie Ray, and I were the new kids in school all our lives.  We'd enroll, stay a short while,  then hit the road to tour the gospel circuit with our parents, sending homework back in the mail.  At every new school, I'd stand in front of the class while the teacher introduced Nita Faye Jones, just moved here from…fill in the blank.

In California in 1957 I was new again but this time shouldn't be as hard since Leslie Ray had been there a year already, living with Gramma K because he and Mother couldn't occupy the same house without eruptions. Similar dispositions, Daddy said.

Mother signed a record contract and we headed out west. This time it wasn't just a new school.  This time the language was also unfamiliar.  Nobody else drawled.  The clothes were different.  Even tougher to understand was California culture, where teens seemed to have so much control.  No yessum and yessir.  These kids were in possession  of more than just spending money. They were confident.  By the time I arrived, Leslie, who was already tall and good looking to start with, had shed his Southern accent, was a big man on campus and evidently expert at assimilation.

Observe the ritual of Senior Spring Break, 1957.  The talk in the halls among seniors was, "Are you going to Bal?"  That would be  Balboa Island (also Newport)  where groups of seniors piled into rented houses for a full week of drinking and tanning all day, partying all night, and capped it off at the end of the week by bleaching their hair blonde to prove, on returning to class, that they'd really been to Bal.

Leslie Ray and I were  both redheads with fair skin.  Not meant for tanning.  Not safe on California beaches.  In the Deep South, tanning wasn't done on purpose. It happened because of work.  We saw tans in churches and in the crowds at revivals and Singings, hard-working tans with shirt-sleeve marks.

Tanning for a redhead happens only through a lengthy process, if at all, and often involves a couple of trips to the ER on the way.  Both of us had over-sunned more than once and paid the price. It must have taken Leslie a long time to build up that color a little bit at a time, but he did it. The very thing we'd avoided in the South was his Southern California Senior Spring Break badge of honor. Of course he bleached his hair.  He had to prove he was at Bal.

I was invited over to Balboa just for the day if I could find someone with a driver's license and a car to get me there.  I lied to my parents about where I was going.  Leslie's friends treated me like a mascot as long as I didn't cramp their style or tell stories later.  For my day at Bal, I didn't even pack what we then called suntan lotion.  I packed a hat. 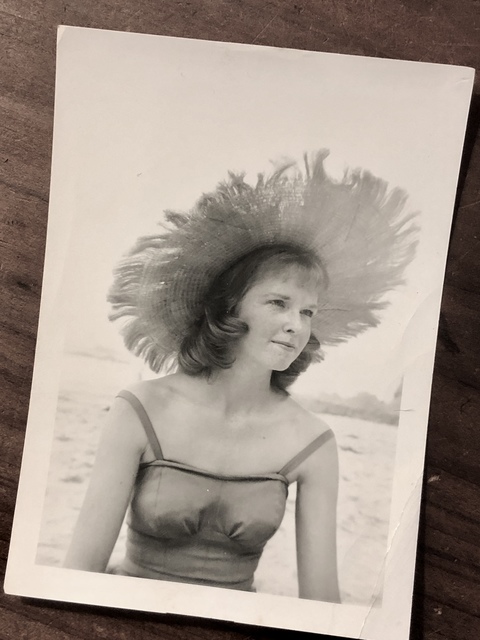 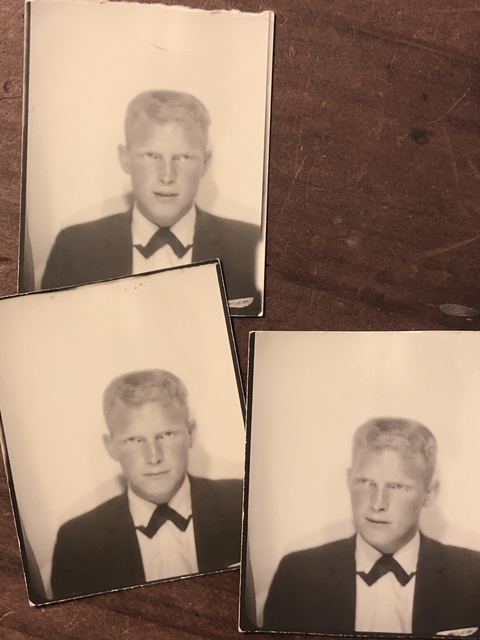 I never tanned until self-tanning lotion became manageable years later, and then I applied it mostly for events.  But I bleached as soon as I got out of high school, blonder and blonder for several years.  I think the bleaching part made me half-assimilated and you can shorten that last word if you want to.

Your voice is lyrical, your story is important. Thank you for preserving a special time and place and your uniquely American tales.

Thank you, Dave! High praise, indeed, coming from one of the best voices on the air.